Home > Affiliate Marketing > The Best Affiliate in the World

You may be expecting to hear a story about a guy making $100K a week in his sleep. But that’s not what this post is about.

Maybe you’re expecting a different story? A story about a guy or gal who started in affiliate marketing, got their butts kicked, but in the end all the hard work and dedication paid off?

Nope it’s not that one either…

You’re already a great affiliate. You do it all the time. You recommend products and services to people all over the place.

It’s not just you though. It’s your friends too. They’re the best affiliates in the world too. In fact they’re even better than you are. Is it because they know ninja tricks you don’t?

Nah, of course not. 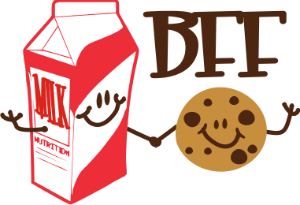 Your best friend is the best affiliate in the world for a lot of reasons.

For example – Let’s say you’re both into martial arts.

One day you meet up with your buddy for lunch. You’re catching up when he mentions that he’s not recovering from a sparring session as fast as you wanted to.

Immediately you’ve begun the affiliate marketing process without even knowing it.

(You defined a problem you have.)

Your buddy goes on to describe this crazy new blender he bought called the Nutribullet.

He describes how he makes these tasty shakes with all kinds of “healthy stuff” in them after he trains.  It “makes him heal faster.”  The best part is that it takes 5 minutes or less to make.

It sounds good and you can tell he really believes in this thing. You know he’s usually on top of the nutritional stuff in the first place.

He is the best affiliate in the world.

In one extremely short conversation he

He IS the best affiliate in the world

This is who you should strive to be in all of your affiliate marketing efforts. Identify, Sympathize, Offer a FANTASTIC solution with conviction (because you truly believe in it), and show them where to buy.

Obviously this is where the phrase “the money is in the relationship” comes from.

Turn Up The Heat With Heat Mapping

10 Things You Should Bookmark

3 thoughts on “The Best Affiliate in the World”