With all of this talk about Pinterest spamming lately it seemed appropriate to mention Twitter’s ongoing battle with spammers. Twitter has taken this fight to the next level.

Twitter is suing 5 entities that sell or advocate software that helps people spam Twitter’s system. You know those “bots” that you’ve seen for sale in certain nefarious IM forms? Those guys or companies like them are in trouble.

The social media giant has had enough. After spending $700K fighting spam, they’re ready to recoup some of that investment. They’re attacking these spammers and spam software based on a “breach of contract” (breaking TOS). 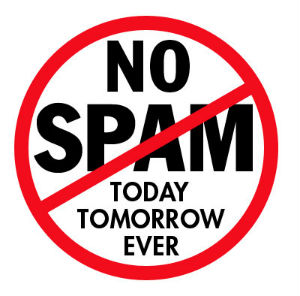 The lawsuit names three firms — TweetAttacks, TweetAdder and TweetBuddy – and individuals from two other organisations — James Lucero (justinlover.info) and Garland Harris (troption.com) — each of whom is charged with violating Twitter’s usage terms by selling software that encourages firms to spam the service .
source

Tweetbuddy has already been taken offline.

It would only make sense that Pinterest is watching this legal battle very closely. Perhaps they’re even drawing up their own plans as they see this play out.

The truth remains that these sites have deeper pockets and are ready to take action to protect their web properties. They’re not the first to take action either:

Twitter is not the first social network to get the law on its side to combat spammers. Earlier this year, Facebook and the Attorney General of Washington state teamed up to file two lawsuits against “clickjackers” who worked to spread spam on Facebook. In 2009, Google fought “Google money” schemes and the following year targeted illegal online prescription pharmacies.
source

The lesson here is that when you play dirty be prepared to pay the piper. It doesn’t always happen of course. There are plenty of overweight 30 somethings making a nice living spamming from their parent’s basement. The appeal of “easy” money is just too strong for some (even though spamming isn’t always the “easiest” thing you could do).

How to Combine Your Email and Social Strategies [Infographic]