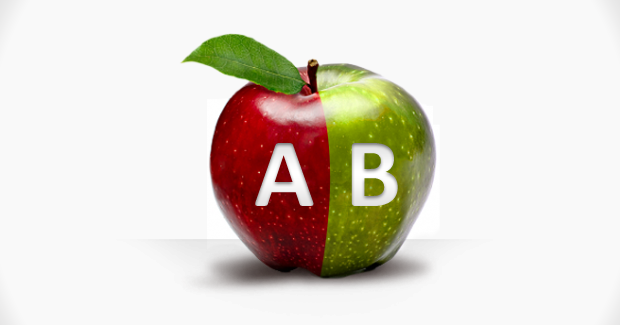 Everybody is talking about who is doing it.  And how they are doing it.

Although most of it is just all talk or worse yet rumors.

Of course, we still look up to the people on top and idolize their umpff.

No — I’m not talking about sex!  Get your mind out of the gutter!  I’m referring to split testing.

So what exactly does split testing have to do with sex?  Read below and find out for yourself.

Everybody says they’re doing it …

Just like sex in high-school, split-testing is all the rage.

Everyone likes to pretend they’re an expert. Buzzwords and rumors abound … stories about increasing conversion rates by an order of magnitude by changing the color of a checkout button (but nobody shares the magic color!).

Most importantly, nobody wants to admit that they don’t really know what they’re doing, or (gasp!) have never done it themselves. Many join the conversation without wanting to let on that they don’t even know what split testing is!

Let’s start with a simple definition.

Split-testing, also known as “A/B testing”, is an invaluable strategy that compares two versions of a web page, with one difference between them — say, for example, a different headline.

Then you measure how many people take the desired action (like buying a product) on each page, to see which variation works better.

Now that we’ve explained it, let’s be honest.

You don’t split-test, do you? Maybe you did something once — a small, unsatisfying and inconclusive experiment, but you’re not testing on a regular basis … right?

It turns out that “most people” can’t be the “only one” — funny thing, right?

Hardly anyone is really doing it…

Everybody’s talking about it, but that doesn’t mean everybody’s actually doing it.

The truth is that many of the exploits that you hear about are fueled by a vivid imagination, rather than experience; only a very small proportion of the talkers are actually doing the things that they describe.

To do split testing right, you don’t just need to test different variations of a page, you need to measure results, and the differences between the results generated by each variation.

This is challenging, and often impossible for websites that are just starting out and don’t have much traffic.

Let’s explain why with a short example:

You’d think that Variation 2 is the clear winner, right?

Crunching the numbers, we find that there is only a 45.27% chance that over time, Variation 2 will continue to outperform Variation 1.

In other words, there’s a 54.73% chance that the difference between their success rates was the result of random chance.

Okay … where did I get these numbers?

Split testing is all about finding results that you can be confident in based on statistical significance. This isn’t a touchy-feely kind of confidence — it’s calculated mathematically, and you want it to be at least 90%, and ideally 95% or more to choose a winner.

You don’t have to worry about calculating the numbers yourself; there are free tools out there that can calculate the statistical significance of your results for you (you just plug in the number of impressions and actions for each variation, and the rest is done for you), and split-testing tools like Google Website Optimizer will do the calculation for you as well (and plugs right into Premise).

If you don’t want to calculate the actual significance of your test, here’s a rule of thumb that you can use (borrowed from Tim Ash’s book Landing Page Optimization):

Do you notice the trend here?

To detect small differences in improvements (which are what most split-tests are likely to reveal), you need a pretty large sample size.

The moral of the story is that if you don’t have much traffic, then maybe you need a solid growth strategy instead of better split-testing.

But what if you do have the traffic?

After all, most sites and blogs have at least a bit of traffic, which is enough to test the more important things, like headlines and opt-in placement.

Most aren’t doing it very well …

Like sex in high school, split-testing is something at which even those who are doing it don’t have much experience, and their actions are often controlled by impulses and urges, rather than skilled intent.

Let’s take a quiz, and see if you’re making any of the mistakes of most would-be split-testers:

Do you test one thing at a time? Most wannabe split-testers don’t; they change half-a-dozen things at a time, based on the latest and greatest ideas to have entered their minds. The trouble with this is that when things work (or don’t work), you don’t know which changes are responsible. To effectively split test, you need to isolate variables, which means testing one thing at a time!

(Okay, yes, it is technically possible to test multiple things at once — it’s calledmultivariate testing. In practice, though, doing it requires huge traffic numbers, and a much more complex setup — if you’re not already doing it, then it’s probably not for you.)

Are you measuring results? I mean actually measuring, with numbers? This is also a rarity — more often, it’s an anecdotal “I feel like we’re getting more sign-ups” kind of ‘measurement’. Be careful with this, because as humans beings we all suffer from a confirmation bias, which means that we’re much more likely to favor evidence that supports what we want to believe. Measuring with actual numbers is critical to effective split testing!

Do you let your experiments run until you’ve reached a 95% confidence level? This is where the greatest number of mistakes are made; an experiment is setup and allowed to run, until the experimenter feels that “this one is working better”. This occurs before reaching the point at which the numbers actually prove what you’re trying to prove, which means that the results are really inconclusive, and can’t be trusted. And what’s the point of doing experiment after experiment if none of the results can be trusted? You absolutely have to let experiments run until you reach a statistical confidence in the results!

Do you focus your experiments on your conversion goals? There’s no point in experimenting just for the sake of experimenting, and yet it’s more common than you might believe. There’s no point testing something unless you think it will contribute to the conversion goals that you have for your site. So rather than setting up test after test, consider first what your objectives are, and what you might be able to test that will contribute to reaching that objective!

Now that you’ve got the processes worked out, let’s talk about some of the things that you might want to experiment with.

Experimentation can be great, but if you’re a professional blogger or business owner, you’re not just in it for the fun — you need to focus on the experimentation that will be most gratifying to your bottom line.

Here are some of the most important things that you should be sure to split-test:

The headline. This is the single most important thing that you can split-test, because the headline is the first “gateway” that your readers have to pass through. You will lose more people at the headline than anywhere else on the page, so test the headline first.

Opt-in placement, text, and colors. Try different placements of the opt-in box on your site, different calls to action, and different box and button colors. Since you probably get more sign-ups than sales, this is a much better place to start your testing.

The order button text and colors. Experiment with changing the text of the order button (options include “Get It Now”, “I Want Access”, “Buy Now”, “Add to Cart”, “Proceed to Checkout”, and more), and with the color of the buttons (yellow, red, blue and green are good places to start). This applies to your email opt-in box as well.

The format of the offer. This is a little more work to test, but if you have the option to do it, you might find that a lot more customers are willing to buy one format than another. Experiment with your offer as an ebook, report, video series, podcast training program, infographic and so forth.

The style of the introduction. After the headline, the first thing that your audience will read is the opening paragraph. Experiment with different styles — try making bold statements, vs. telling a story about their problem, vs. describing the ideal outcome. See what works best for your audience.

The product imagery. Try different versions of your product picture — you’d be surprised how much of an effect this sort of thing can have.

Trust seal choice and placement. Different audiences will respond to different trust seals, and will want to see them in different places. Good places to test are near the description of your guarantee, and of course near your order button.

Email subject line. This is just as important as the headline of your sales page, particularly if you’re using confirmed opt-in, in which abandon rates of 20-30% are common. Split-test the email subject line of your email confirmation messages to make sure that as many subscribers as possibleactually get on your list.

There are lots of other things that you could test — for more ideas than you’ll ever be able to test, check out the Landing Page tutorials here on Copyblogger.

Getting started with split testing…

If this is the first time you’re hearing about split-testing, then your head is probably spinning right now.

That’s okay — it’s a lot of information to take in.

Even if you’ve been thinking about split testing for a while (and have even tried a few experiments), you might be wondering about one thing: how to actually get the experiments going.

That’s where Premise comes in — it’s a drop-dead simple and complete landing page package that plugs right into WordPress, and you can use to:

So enough fence-sitting … if you want to get serious about split-testing, go get Premise and get started!

Have you experimented with split-testing? What has your experience been? Where did you get stuck?

108 ways to increase your website’s profits via split testing