I call the data I will gather later that is not initially collected “ghost data”.  You will learn to LOVE ghost data!

You’ll remember earlier in this series I mentioned you don’t necessarily have to collect the information to be able to followup through that relevant channel.  In other words, you actually don’t have to collect a phone number to be able to call the prospect.  So how do you accomplish this?

Lets say you are collecting full name and email address only, but you want to be able to use a call center to monetize the data.  Well, there are services out there that you can use that will take a name and an email address and append that person’s phone number to the existing record or lead. 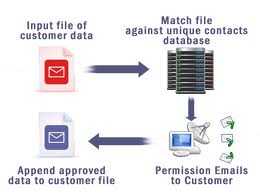 How do they accomplish this?  Well, they are simply tapping into many massive databases to look for a match whereby they can associate a phone number with a name and address.

It works beautiflly and sometimes it’s actually cheaper to append the information than to simply ask for it outright because of the extra abandons you might get when you try to ask for that info on your website form.

What I mean by that is sometimes when you are collecting data on your forms you will find that by adding certain question fields, you’ll get too high of a percentage of people that abandon your form and don’t complete the page.

Too many abandons and your cost per aquisition for the lead or the conversion goes too high and you are no longer profitable.  Thus, this isn’t an acceptable scenario where you can sacrifice conversions to collect a specific field of information if it’s costing too much to gather.

In order to determine if a specific question is costing too much, you need to assign each question or form field a “cost to collect”.  Meaning, you figure out by adding or leaving out that field from your form, how many leads are you losing out on.

Quick example is a form that is just collecting name and email address.  Figure out your cost per aquisition for those two fields and then maybe add a phone number field.  Adding a required phone number field is typically going to cause more abandons, so you’ll need to calculate how much extra adding that field cost you.  Now you know specifically what it costs to gather a phone number from your prospects.

Once you know what a phone number costs you, you’ll need to calculate the extra profit that field makes when you start following up with your prospects.  In this case, you’ll need to calculate the revenue generate by each phone number from the call center and/or sms followups your doing on those numbers.  You should be able to get a fairly accurate number after 7-10 follow-up attempts. 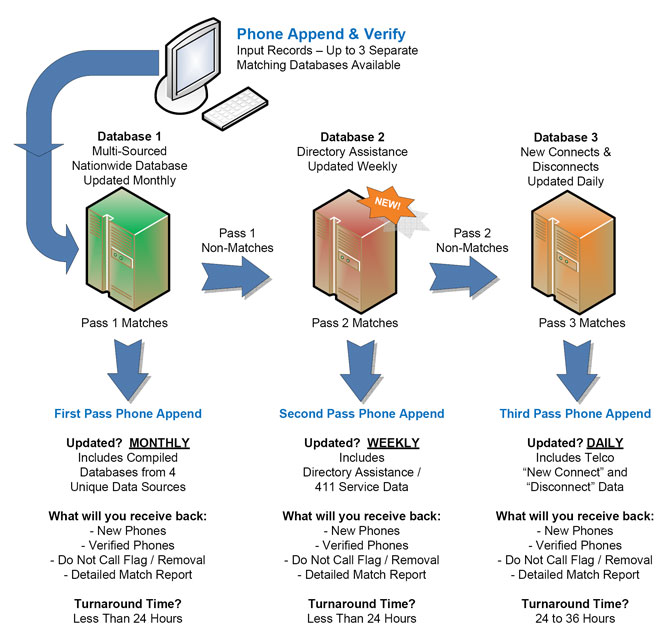 Now you know how much the field costs you to gather, as well as how much that field makes you.  If you make more in profit than the field costs you to gather, BAM, you’re profiting so keep asking the question.  However, what happens when you aren’t making enough profit from your follow-ups to justify gathering that data?  This is where data appending can come into play.

Actually having an appending service append that piece of data might actually cost you LESS than it does to add that question to your form.  Now, you’re not likely to have a 100% successfula append rate but whatever leads can be appended with a phone number in this case, will make a profit.  Found money, winner winner chicken dinner.

Pretty much anything is possible and there are tons of data appending services out there.  Many of them will only charge you for successful appends, meaning…you will only get charged for an append if they actually successfully found a match and appended the data for you.

I can’t emphasize how important data appending can be.  Utilize appending to its full potential and be a little creative with it and you’ll skyrocket from affiliate, straight past super affiliate, to uber affiliate.

How Ready Is Your Startup For Success? [Infographic]

One thought on “Part 4 – Make Thousands from Ghost Data?”