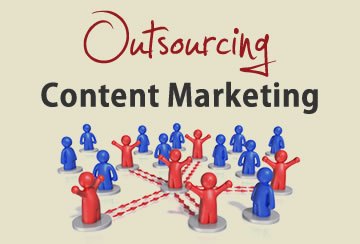 While the debate isn’t as heated and passionate as the SEO/PPC argument, the question of whether or not to pay the extra price for above-average content is definitely a prudent one. In fact, it’s been going on for practically as long as Internet Marketing itself has been around…

On one hand, you have the people who have no problem paying a bit extra for freelance writers who can actually speak English. These writers provide well-researched, high-quality, high-converting content, albeit at a much more expensive price.

On the other hand, we have the people who don’t believe in paying very much for content — especially when there are so many freelancers who will write for super, super cheap. Granted, the quality isn’t going to be very good and the writer more than likely doesn’t even speak English very well, but when it’s all said and done, you’re literally paying said writer peanuts for the content — so it all kind of balances out in the end.

So who’s right and who’s wrong here? As you might expect — or already know — there is much more to this argument than the fact that one method is far cheaper than the other. After all, this is affiliate marketing we’re talking about. As with many other arguments within the industry — especially the infamous, aforementioned “PPC vs. SEO” debate — both sides have their pros and cons. Most of the time, proponents from either side tend to differ in their marketing strategies quite greatly as well, which, in essence, makes this entire issue not really even a debate at all and more a matter of personal preference. (But for the sake of this article, we’re obviously going to continue on talking about it.)

Affiliates who don’t mind paying more for their content subscribe to this method mainly due to the fact that they actually/usually have living, breathing, human beings reading their content. Because of this, it usually needs to, A.) Make some semblance of sense, and, B.) Be entirely directed towards conversions and/or subscriptions.
Ideally, the content writer needs to know about the industry and how things are done, and this is usually combined with above-average writing and editing skills in order for them to help justify their much more expensive rate.
Despite having to pay extra for these services, however, it’s all worth it in the end to these affiliates since they don’t need to worry about what the people they’re paying to drive to their landing page are reading. They know everything is not only going to make sense, but also be constructed in such a way as to successfully push them further onward onto an offer page or opt-in of some sort.

On the other side of the fence, the vast majority of affiliates who don’t splurge for content generally don’t even really need high-quality content anyway in the grand scheme of their marketing strategy. Most of the time, these affiliates are running SEO-style campaigns and the low-quality — albeit cheap, mind you — content is solely used for building and increasing the sites organic traffic and SERP rankings. They don’t necessarily need to worry about people reading and understanding their content so much as simply arriving on their website.

Since neither of these methods is inherently right or wrong, the answer to which is more preferable lies instead in what type of landing page or offer one is attempting to run with it in the first place. With both sides possessing their own pros and cons, it’s a bit ignorant to label one side or the other unavailable to you at any point in time as well. So take a step back and try and recognize what exactly you’re trying to accomplish first and foremost, and then let this strategy guide you towards hiring either an experienced, high-cost content writer or a substantially cheaper one.

Just remember to stay open-minded and always remember to ask for samples, samples, samples! If a content writer refuses to provide you with any samples, there’s usually a very good reason for it, so feel free to subsequently avoid them like the plague. On the payment side of things, it’s usually always best to go with a half-up front, half upon completion payment method no matter which type of content writer you end up hiring. Just try and use common sense and listen to your gut and you should be all set!

So You Suck At Affiliate Marketing, Now What? 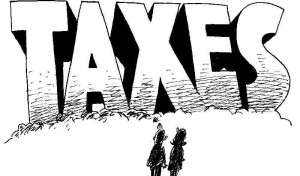