Home > ecommerce > Are you and your business ready for a doomsday scenario? 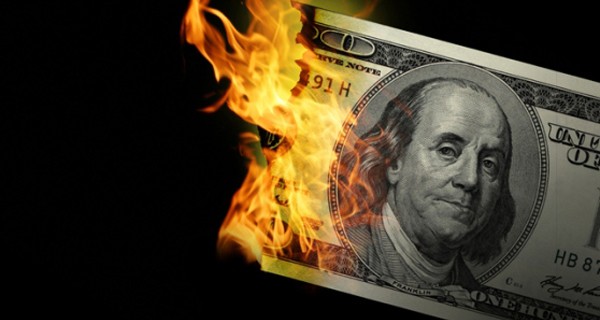 With all this talk of of the EU and Britain’s divorce, it got me thinking: What would you do if our current currency was to fall? Will you be able to avoid the mess that most people will be in when the dollar fails?  I’m not just talking about the inevitable depression and unemployment shock waves that are likely to begin with the Treasury and Federal Reserve, but also the more personal effects of having your own bank close it’s doors right in your jobless face.

Yup, that could and will happen.  With all those American banks owning almost 1.85 trillion (that’s right TRILLION) dollars in government-backed debt they would no longer be able to hand over the money that is rightfully yours, since the paper that it was printed on would be as worthless as a shotgun with no shells.

So now what? You, like hundreds of thousands of others, are not only out of a job but can’t even spend the worthless money that the bank won’t give back to you.

Here are some tips regarding alternative currency that will help you survive the fall of the US dollar (when and if that should ever happen).

Related Article: Is Your Business Ready for A Cyberwar?

I’m not talking about the simple fact that when doomsday is looming at your door, you are gonna need a way to protect yourself and the ones you love. But they also could be used as forms of payment for needed items or services.

I know you’re asking’ “Why not precious metals such as gold and silver?”

Well those very well might be a solid choice against inflation or the devaluation of the dollar, but they are extremely difficult to actually spend.  They might work for purchasing large high-value items, but more than likely you are gonna need something that will break down to a much smaller quantity.

I recently read a story about someone in rural upstate New York who needed a new air conditioner installed in his house for in which he offered the installer payment in the form of 3,000 rounds of 9-mm ammunition.

The home owner’s father evidently had passed and left him a collection of guns and ammunition to go with it.  The bullets that he offered to the installer were worth about 900 bucks.

This seemingly backwoods way of bartering has been popping up all over, in fact it seems to be gaining some ground, especially online. There are websites out there like ArmsList and SpokaneGunTrade that will trade services such as having your truck washed or your backed up toilet unclogged for a collection of ammo clips or bullets.

Bartering in general has grown to a whopping 12 billion dollar thing in just the last three decades.

Think about it.  When the dollar falls and this country spirals into a financial crisis, fuel prices are going to go skyhigh.  Which mean that those food deliveries won’t be happening at the local Piggly Wiggly and they will then try and charge you 500 bucks for a can of pork ‘n beans.

Now, I love me some pork ‘n beans just like the next person, but they ain’t worth $500!

But if you had something else to trade the stores, something that anyone in a doomsday scenario would need – like bullets and ammo.  Then you just might be able to still survive.

As of today, you can already trade bullets for all sorts of things. From vintage Tonka Trucks to property.

But is this legal?

Heck yeah it is!  According to the U.S. Bureau of Alcohol, Tobacco, Firearms and Explosives, bartering with ammunition is perfectly legal.  “If people are using ammunition to barter or get things with it we wouldn’t regulate that unless they were prevented from getting ammunition or firearms in the first place,” says ATF Special Agent Tim Graden.

No, not the tide that comes in out there on the coast. I’m talking about the detergent.

A few weeks back I began to notice anti-theft devices on Tide laundry detergent.  Why in the hell would anyone want to steal a bottle of Tide?  Granted those suckers are now going for nearly 20 bucks, but still is there that big of a black market for laundry detergent, I wondered.

Turns out that I was wrong.  There is in fact a huge black market for laundry detergent, Tide specifically.

It’s so big in fact that New York Magazine ran a 4 page story on how Tide has become not only helpful at getting out those tough stains on your work britches but it is also now being traded for crack cocaine.

Thieves simply load up shopping carts full of the bright orange bottles, then bolt out the door. One con in Minnesota appears to have liberated $25,000 worth of the stuff in 15 months before he was eventually arrested. Meanwhile, police in Prince George’s County, Maryland have taken to calling Tide “liquid gold.” According to the Associated Press, officers there say that drug dealers have started urging their clientele to pay with Tide bottles in lieu of cash.

But I bet you are wondering what do these thugs then do with all the bottles of tide that they have traded for drugs, guns, etc.

Ponder this. Slimy Slippery Fingers Steve goes into his local store and steals 20-100 bottles of that liquid gold. He then turns around and trades it for his fix of whatever illegal substance the local dealer is pushing.  Now the local store is short on their supply of Tide. So they are either forced to wait for a new shipment or go to through a local wholesaler to replenish their stock.

Of course the local wholesaler might not be as righteous about checking the legitimacy of where his stock or products actually come from. All they care is they got what the next guy wants and they are gonna make a few bucks in the process.

According to the New York Magazine article, it’s not just the drug dealers that are in on the scheme though.  It’s everyone from local barber shops, nail salons, and even the corner bodagas.

It reminds me of how our own beloved Dollar came to be.

Folks all gravitated to a substance that was valued by a large group in the community. One that was relatively stable and didn’t rot like fruit but yet was relatively portable. Laundry detergent is all that. Granted it’s not as portable as real money but it’s damned sure harder to trace.

Once regarded as merely a way for those without anything else to do to pass their time, social media now wields a gigantic impact over the way people around the world get and share information.

And not just pictures of their pit bulls either!

Those big wigs in their fancy suits out in Silicon Valley and up there in the big city of New York are catching on to social media in a big way.  It seems the foxes of Wall Street are now guarding the hen houses in social media hot spots from the big apple to Venice Beach and everywhere in between.

The investment bankers, venture capitalists and marketers of the world are starting to recognize that social networking via all the new fancy social media platforms are quickly coming to dominate consumer behavior.

Brands are now beginning to swiftly turn online for both as a way to build brand awareness as well as a way to exchange goods for social engagement.  Companies all around are using the social prowess of the soccer mom who spends two hours everyday on Facebook as their brand advocates.

This my friends is just how social media is being used as a form of alternative currency. It’s moving far beyond those cute kitty videos and pictures of Uncle Jimmy’s prized weekend catch to becoming an asset in which one can store away for future value.

The men in suits are now circling social media in search of what is referred to as “unicorns.”

No, not those white horses with horns.  But close.

Unicorn is a term birthed by venture capitalist that signifies a start up company whose valuation has surpassed the $1 billion benchmark.  Some of the current unicorns are Uber, Airbnb, Snapchat, and Pinterest.

What do all of these companies have in common?  Yup, you guessed it.  Each and every one of them is centered around social media.

Currency has always been something that could be deemed symbolic. At one time it represented how much gold or silver a nation had it its reserves. More recently though, money or wealth represents an amount of value seemingly based on both investment and effort.

Just over the last three years or so the concept of “social currency” has become a literal expression of such wealth.

It started with the hype of Facebook and brands offering social media rewards.

Come on, you have seen them.

Big Brand A offers a free sample or a hefty discount to those that share their latest post about their newest product.

Or Big Brand B offering the sale of an exclusive thinga-ma-bob only if their customers Tweeted about the shop with the hashtag #bigbrandb.

These offers have now surpassed the simple free drink with your hamburger or 10% off your order. In fact, the Chit Indiegogo campaign is pushin to move it right into it’s own form of currency.

According to their campaign page, “Chitter is a mobile technology that launched in November 2013 with one mission and passion; To incentivize the world for their social media.  Humbly, we’ve been able to fulfill that passion, and now we want to take it to another level with the creation of Chit: The World’s First, Tangible Social Currency.”

They go on further to say that “You don’t have to be Kim Kardashian or P. Diddy to have influence on social media, and we realize that.  As a result, we’re on a new mission to create a perfect social media influence model that rewards every single person for sharing their moments on social media. “

If these guys are successful, they will then have developed the needed basis to support a true currency. One that uses a social influence algorithm to determine it’s value.

As of last look though, they have only raised 2% of their needed goal, so it’s unlikely that the Chit project will move forward, but it’s only a matter of time before something similar actually succeeds.

What steps are you taking to prepare for a doomsday scenario? We would love to hear all about it in the comments below. 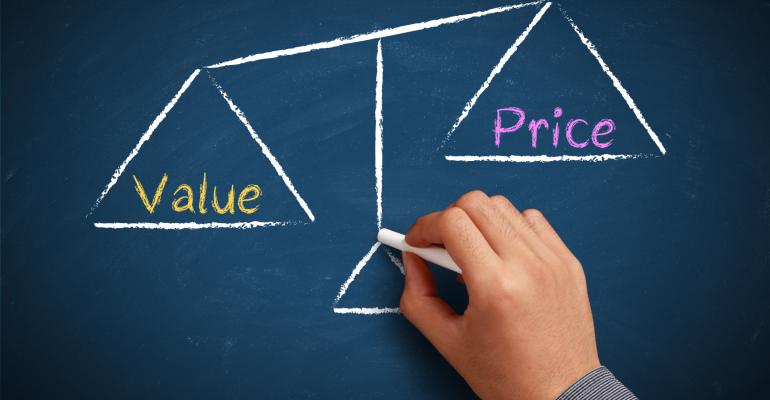 Price vs. Value: How it Relates to the Products That You Are Promoting

Ways to Organize Your Workspace [Infographic] 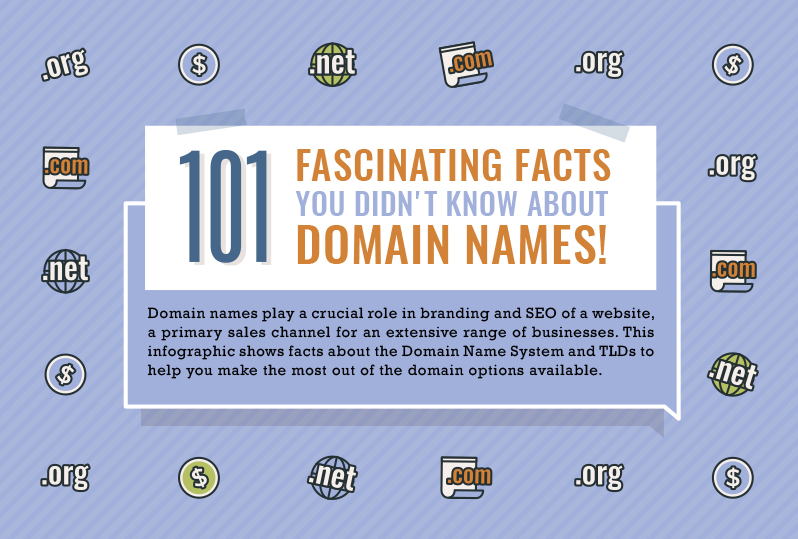