It is generally an accepted belief that Millennials live their lives on the internet.  We have all witnessed the familiar behavior – hunched over their iPhones, iPads, Droids, etc. It might be assumed that they even do most of their shopping via mobile apps.

New data, however, suggests that the buying habits of the majority of Millennials isn’t much different from the rest of the population.  Obviously, it’s a bit tough to sum up an entire generation of 80 million or so people into one nice and neat hypothesis.

TD Bank has just released their latest survey findings on this very subject. In a nutshell they concluded that Millennials enjoy life on the go, without breaking the bank.

“Millennials make more discretionary purchases but still spend less money than the average American consumer, according to TD Bank’s Consumer Spending Index. Despite “going out” twice as often as Generation X and three times as often as Baby Boomers, Millennials spent less per month on purchases than their older cohorts.”

The survey showed that millennials made more purchases on retail goods and food (specifically dining out) than other generations, but still managed to spend far less money overall.  Except for coffee and fast food consumption. They have Gen X and Boomers beat when it comes to their spending.

Just Say No To Credit Cards

Millennials tend to fan out their spending much more evenly over credit cards, cash, and debit than any other generation.

“Surprisingly, younger Americans are spending more with debit, cash and checks than credit. These payment methods are certainly necessary, but without a balanced spend on credit consumers are passing up cash rewards and the opportunity to build their credit profile,” said Julie Pukas, head of U.S. Bankcard and Merchant Solutions at TD Bank. “For those who dine out, shop and go out frequently, strategically using credit for those purchases can impact your overall budget.”

Pay For TV? Hell No!

With the average American still consuming 71% of his or her media on television, not shockingly is the fact that 46% of the rest of the population (made up mainly of millennials) don’t even own a tv. This generation will get their lion’s share of media via their phone, tablet, or PC and do without the tube. Nielsen found that most “Zero-TV” households tended toward the younger set, with adults under 35 making up 44% of all television teetotalers.

Data (and well frankly my local grocery store) shows that when millennials want to get their booze on they reach for indie brews over what their parents kept in the cooler – Bud, Coors, Miller, etc.

So, if you are looking to create a product or service that the average millennial consumer is likely to buy, it seems that you can’t go wrong with anything convenient and media driven.  At least, that’s what the surveys are pointing out to us. What do you think?

How to Protect Your Profit in the Affiliate Industry 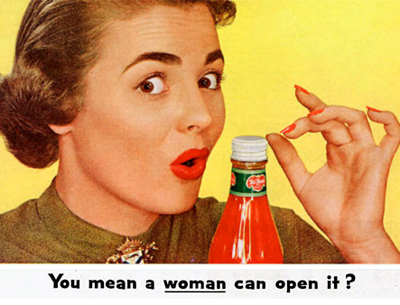 One thought on “What Can Entrepreneurs Learn From Millennial Buying Habits?”