If you had a chance to talk with a guy that’s on the cutting edge of Internet marketing, would you spend a few minutes to pick his brain? Of course you would.

That’s exactly the mindset I had going into this interview with Tommy Liantonio, owner of www.clickcertain.com . On the surface Click Certain is a real time bidding platform used to buy display traffic. On the inside though – it’s a marketer’s dream. Tommy calls it the ultimate lead machine. I call it the future of online and affiliate marketing. Both are 100% accurate.

Tommy was kind enough to spend an hour on the phone with me talking about Click Certain, the future of online advertising, and what it all means for affiliates.  He’s a very passionate and intelligent entrepreneur   I hope that comes through in text form.  We’ve all got a lot to learn from him.  I hope you pick up each and every golden nugget that comes out in this interview.  It’s a lot to wrap your head around but it’s worth it.  Enjoy.

Thanks for taking the time to talk with me today. Tell us a little about your background in online marketing, how did you get started selling stuff online?

I’ve basically have been in my own business since right after college. We had an office, a 55 seat, phone sales room. We would take on the marketing for a lot of our clients, the lead generation I should say.

So I started to use the Internet to generate sales. Dealing with my own clients could be frustrating so I developed a piece of software. I was looking at the conversion numbers for the leads we were generating. When I saw the numbers I said “why are we even bothering trying to close over the phone?”

Ya know, it’s interesting. We would work from 9 am in the east to 9 pm in the west. When we were really cranking we’d work a half day Saturday and maybe a half day Sunday too. Then to go from that to open 24 hours a day, no one calling in sick, no one cussing us out, it was an eye opening experience.

At the time there were a lot of wild west antics goin around. Everything was in it’s infancy so to speak. We would send a lot of email. We’d buy cheap PPC clicks on Google and Yahoo, etc.

Before the Int We used to have our sales guys count the incoming phone calls by hand on a sheet of paper. Now we’re testing online.. it’s… you know… It was like night and day. We were using an abacus. And now we’re using multi-screened calculators.

So what’s the big deal with RTB?

When you look at the way marketing is done… Let’s stop for a second and just say:

What we all call marketing is really advertising. Marketing is about finding your best product. IF you were to go and look at Peter Drucker talk about marketing he would describe it as something to the effect of:

Marketing is really about market research and realizing who your best customer is. You’ve gotta know all of their demographics, psychographics, their belief systems, etc. What makes them say yes. What do they value. There’s a lot of Drucker in there.

So how does that work in today’s technology?

RTB is really nothing more than a new way to buy media. And when we say media we’re talking bout #1 display – banner advertisement, #2 would mobile, and soon we’ll be dealing with TV, and print.

We’re going from the old school of the industrial revolution mindset of mass everything. Mass production, mass advertising, one size fits all to CUSTOM mass advertising.

How Does RTB Work?

It’s a bid system.  You and I bid for impressions. I bid $1 and you bid $0.50. I would win the bid and pay $0.51. There are advantages to that system of bidding which we’ll talk about later.

But the real rubber meets the road old, school to new school technology, is driving traffic based on audience profiles.

We collect data from 22 different sources and aggregators and we break that down into well over 22,000 different market segments. Inside those market segments are drill down capabilities. (editors note – that means if you want to advertise to women over 50 that drink red wine and drive an audi, you can)

Take the niche marketing concept for example. Affiliates are so good at finding niches within niches. Well now you can do the same thing with banner ads. 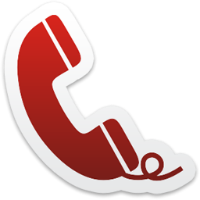 We’re a demand side platform. We have the ability to process between 30 and 50 billion ad impressions per day. That means that all of the 16 ad exchanges can send us banner impression requests (aka “calls”). Then the system has to answer yes or no and put the bid in. You gotta be able to deliver on that call within half a second.

There are so many banner impressions that are going unbought right now. There is so much inventory out there.

What Does RTB Mean to Affiliates?

Well as an affiliate you can go out and try and find products and come into our system and find traffic. OR you could reverse it and be a marketer who goes and finds the market then the product.

I think there is a tremendous amount of opportunity from an RTB standpoint. There is definitely some transitional stuff that needs to happen in affiliate marketing.

I can see from our side. Tthere are some higher end affiliates in our system and how they go about their business…there’s a reason they’re spending the money they’re spending and there’s a reason they’re making the money they’re making. And it’s not something you see too much in, um, the books. You know I don’t read a LOT of affiliate books, but I can tell you there is some smart marketing going on.

What these guys are doing is coming into the system and taking a good hard look at the traffic and finding the market first. They’re getting a good idea of what the market value’s.

If already know a title wave is coming and I wanna get wet – all I have to do is stand in front of it. Right?

Well if I know there is a market and there are X numbers of impressions per day and these are the price ranges… Now I go out and do a little research on these markets to get an idea of what they truly want. Then I go shopping for my affiliate product.

If you’re an affiliate selling clickcertain.com how many different segments could you sell it to? You could sell it to the offline business world, ecommerce sites, affiliates, and since we have the traffic reseller system built into it you could sell retargeting services. 4 really distinct segments.

So what these affiliates are already doing is not only drilling down on the market focus they’re getting into that micro niche. You don’t want to just go after “Dating” you want to go after “Christian Dating” for example.

You know Dustin, it’s like when you and I are talking and I know your name but I keep calling you Darren… Hey Darren. After a while it’s like “geez, does this guy have any respect for me?”

It’s no different than you trying to sell a hairbrush to a bald guy.

What kind of money are they earning?

In part 2 we talk about bidding tactics, the era of scientific optimization and a lot more. If you’ve got questions for Tommy hit the comments below. I’ll see if I can bend his ear in another interview.

Google Wants You to Delete Your Spammy Links ASAP!