It’s no shock that mobile is taking mind share from advertisers as the rate of desktop usage stagnates. In fact, mobile search queries are expected to surpass desktop based queries in 2014. If you’re not advertising on mobile you’re ignoring the majority of the search market.

But there’s been a disconnect for Google. Mobile CPC’s have not commanded the same prices that their desktop counterpart. Lower CPC’s mean less revenue for a corporation who prides themselves on record breaking revenue and profits.

Larry Page himself has expressed his interest in remedying the lower mobile CPC issue:

In Google’s fourth-quarter earnings call, CEO Larry Page expressed a bit of frustration with questions about mobile cost-per-click numbers, saying that efforts to “simplify” Google’s ad system would lead to improvements in that number.
source

The effort to simplify has been announced and it has some webmasters a little upset.

Google announced that they’ll be “enhancing Adwords”  for our increasingly mobile connected world. When the changes take place all PPC advertisers will now become mobile advertisers as well.

Here’s how Google words it:

With enhanced campaigns, instead of having to cobble together and compare several separate campaigns, reports and ad extensions to do this, the pizza restaurant can easily manage all of this in one single place. Enhanced campaigns help you reach people with the right ads, based on their context like location, time of day and device type, across all devices without having to set up and manage several separate campaigns.
source

The has such positive writers, don’t they?

In addition to combining desktop and mobile ppc they will be removing some features. Most notably is the removal of device specific targeting like tablets.

Savvy marketers are questioning whether or not this is truly a move to help advertisers or a thinly disguised ploy to increase mobile CPC revenue. It’s pure speculation at this point. The one thing you can’t ignore is that this will certainly result in higher ad costs for advertisers.

Wordstream had this to say:
“On average, they’ll be the same as desktop CPCs after the auto-upgrade rolls out due to increased advertiser competition and all of the auto-set mobile bid adjustment factors,”
source

Higher CPC’s will surely look good at the next Google shareholder’s meeting.

On the brighter side this will get more businesses into mobile advertising. With the simplified interface advertisers will be less confused about targeting, and technology. It will certainly be a good thing for some, in particular local advertisers.

It’s just another day at the Google-plex. 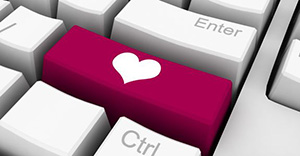