Home > Blogging > What the heck is Micro Content and How do you leverage it?
OfferVault TeamMarch 4, 2015 Blogging, Social Media Marketing 1

What is micro content exactly?  I keep hearing this term being thrown around and thought it would be useful to actually find out it’s meaning and how it might be leveraged.

Micro content is just as it sounds, short form content meant to capture and hold the reader’s attention even if for a short time.  It is typically low cost, high value media that is delivered via social media channels.

As the world’s attention spans shift from reading a paper book, or even a white paper on their desktop to greater use of mobile applications, micro content becomes even more important and a practical way communicating with your audience and potential clients/customers.   Let’s face it, this is what is reality now.  For you and your audience.

The rise of short messages through Twitter, Whatsapp coupled with intense graphic heavy images on Facebook, Instagram, Pinterest, and Snapchat is the wave of not the future but the present.  Both social media and content marketing need to move with the current audience’s behavior or be left behind.

Creating micro content can be pretty straightforward and effortless.  You want to deliver compelling yet concise clear material that’s small enough to fit on every platform.  Gone from this form of content creation are the use of bloated and lengthy messages.    Here are five solid ideas to get you started right away:

1.  Use photographs and images to convey your point with small captions.

Memes they are commonly referred to as of late.   According to Wikipedia the definition of an Internet Meme is:

“an activity, concept, catchphrase or piece of media which spreads, often as mimicry, from person to person via the Internet.[1] Some notable examples include posting a photo of people lying down in public places (called “planking“) and uploading a short video of people dancing to the Harlem Shake.

A meme is “an idea, behavior, or style that spreads from person to person within a culture”.[2] An Internet meme may take the form of an image, hyperlink, video, picture, website, or hashtag. It may be just a word or phrase, including an intentionalmisspelling. These small movements tend to spread from person to person via social networks, blogs, direct email, or news sources. They may relate to various existing Internet cultures or subcultures, often created or spread on various websites, or byUsenet boards and other such early-internet communications facilities. Fads and sensations tend to grow rapidly on the Internet, because the instant communication facilitates word-of-mouth transmission.”

These are perfect to share on Vine, Instagram and even Facebook.  Below is an example of a Lowes micro video regarding DIY and how tos for their customers.

3.  Curate content from other sources that ties into your own brand

Often the best micro content is your short from review or share of someone else’s content that might be useful or insightful for your audience.  Bit of News has built an entire brand around this concept.

They deliver one sentence summaries that can be easily digested in ten seconds or less.

4.  Always include a call to action or tie in to your brand.

The worst would be your micro content going viral but being void of any mentions of where it originated from.  The source should be an obvious one.    Take this weeks craze #thatdress the pictures in all shapes sizes and colors were flying and flooding our social media feeds but the source (which if I had to guess was a clothing store) couldn’t be easily identified.

5.   It should be responsive for all platforms.

Make sure your content is viewable on both traditional desktops as well as all types of mobile devices.

Taking all the above into account the primary goal of micro content is to drive traffic from the initial viewing platform it’s posted on to a page that converts.

What is the most effective micro content you have used or seen recently? 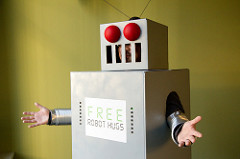 3 Effective Ways to Use Chatbots to Increase Your Marketing Efforts

One thought on “What the heck is Micro Content and How do you leverage it?”