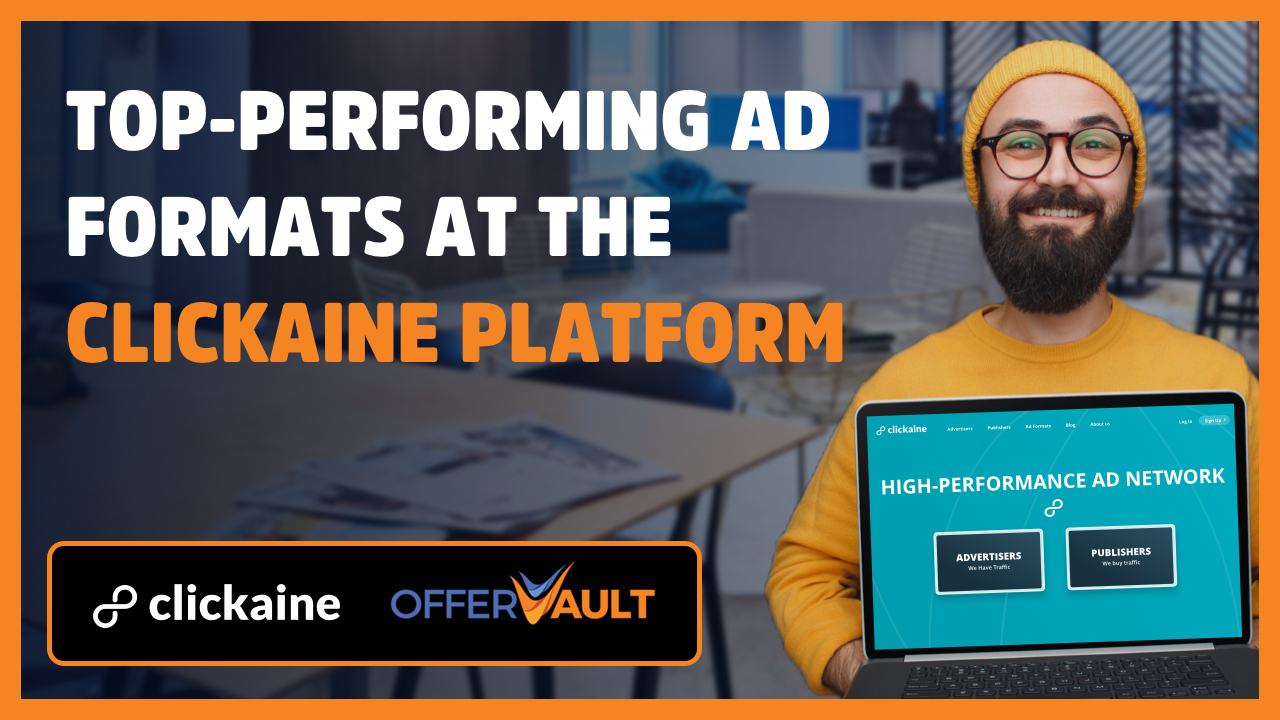 Which traffic source is trending right now? The constant variability of the traffic arbitrage market forces many affiliates to try different verticals and completely different advertising formats. Some affiliates, “fed up” with Facebook bans, are thinking of returning to teasers, while others move away from teasers to social networks, pushing, popunder, and pre-rolls. Cost-effectiveness is always shown only by tests.

We recommend being flexible and willing to adjust to trends over time. No matter how you look at it, in fact, arbitrage is buying traffic and selling leads on more favorable terms, and it is essential to understand the mechanics of each format, in order to be in the right place at the right time and make money.

In this material, we want to talk about the most exciting formats offered by advertising networks.

Traditionally, we’ll analyze the material using the example of an advertising network. This time we decided to take Clickaine. The Ad Network has been operating since 2016 and now has a large set of ad formats, which quickly and decisively burst into the market with a daily reach of 25M users Worldwide.

One of the significant advantages can be considered personal technical, and sales support 24/7. There is a wide range of targeting, protection from boost subscribers, and bots. Statistics are updated in real-time.

The system also has a referral program, and you can get a percentage of income as invited webmasters and advertisers.

So let’s get back to the topic at hand: traffic formats. Let’s start with one of the most popular and organic formats — Native Ads.

Native Ads – advertising that utterly consistent with the form and content of the text, video, or images in the context in which they appear. Readers perceive the information as an ordinary and familiar article from the newsroom, so such content is called “native.”

Pictures for Native Ad campaigns on the Clickaine platform are customized to size 640*360 px. So you need to make sure that the images that you want to use are of this size, otherwise, they will automatically be cropped, which could result in over-stretched and incomprehensive creative images. Image quality plays a significant role in the user’s perception of ads.

In-Page Push or IPP — is push notifications that work in any browser and serve ads across all iOS and macOS devices. It doesn’t matter what measures Google or Apple takes, In-Page Push will continue to work. This type of notification is a mix of pop-ups and regular push.

Main advantage IPP boasts of much higher CTR because all users who explore the website are 100% likely to see this ad;

After a click on content or any link on the website, the ad opens in a new tab, and the user is directed straight to it, while the content tab is left behind it.

This Ad is shown after a click on any link/content on a website. The user moved to a new tab with content he clicked on while the Ad placed in the tab behind the content page.

The pop-up opens the new window, overlaying the content user is on, so it is visible right away. So tab-over format garners users’ attention as soon as they are displayed.

And the final ad format — is Video Ads. This Ad format still popular because it has the capability to deliver a multisensory and emotional experience. Clickaine offer the following types of Video Ads format

Clickaine has a user-friendly interface, responsive support, comprehensive functionality of the advertising and publisher accounts, and easy integration with trackers to bottom line the above. All this is backed up by a huge amount of traffic and a variety of advertising formats. We recommend signing up and see the bids for the countries you are interested in or come to your personal manager with these questions.

Regarding the general conclusion, it’s worth mentioning that you have to be flexible and adapt to all advertising networks’ innovations. If you have some spare money, you should always test new verticals and traffic sources, so in case of tightening the screws in one source/regulation of a vertical, you have other stock achievements.

We wish everyone converting traffic, patience, and an evergreen marker in the tracker!

The Most Comprehensive Pay Per Call Training Course Ever Created 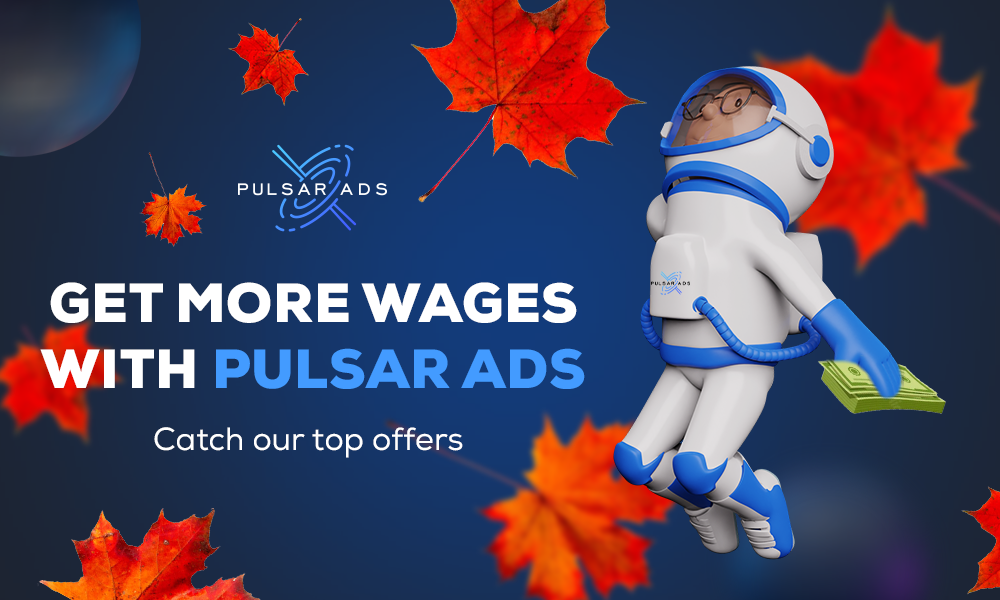 Send Traffic for Seasonal Offers and Earn on Referrals